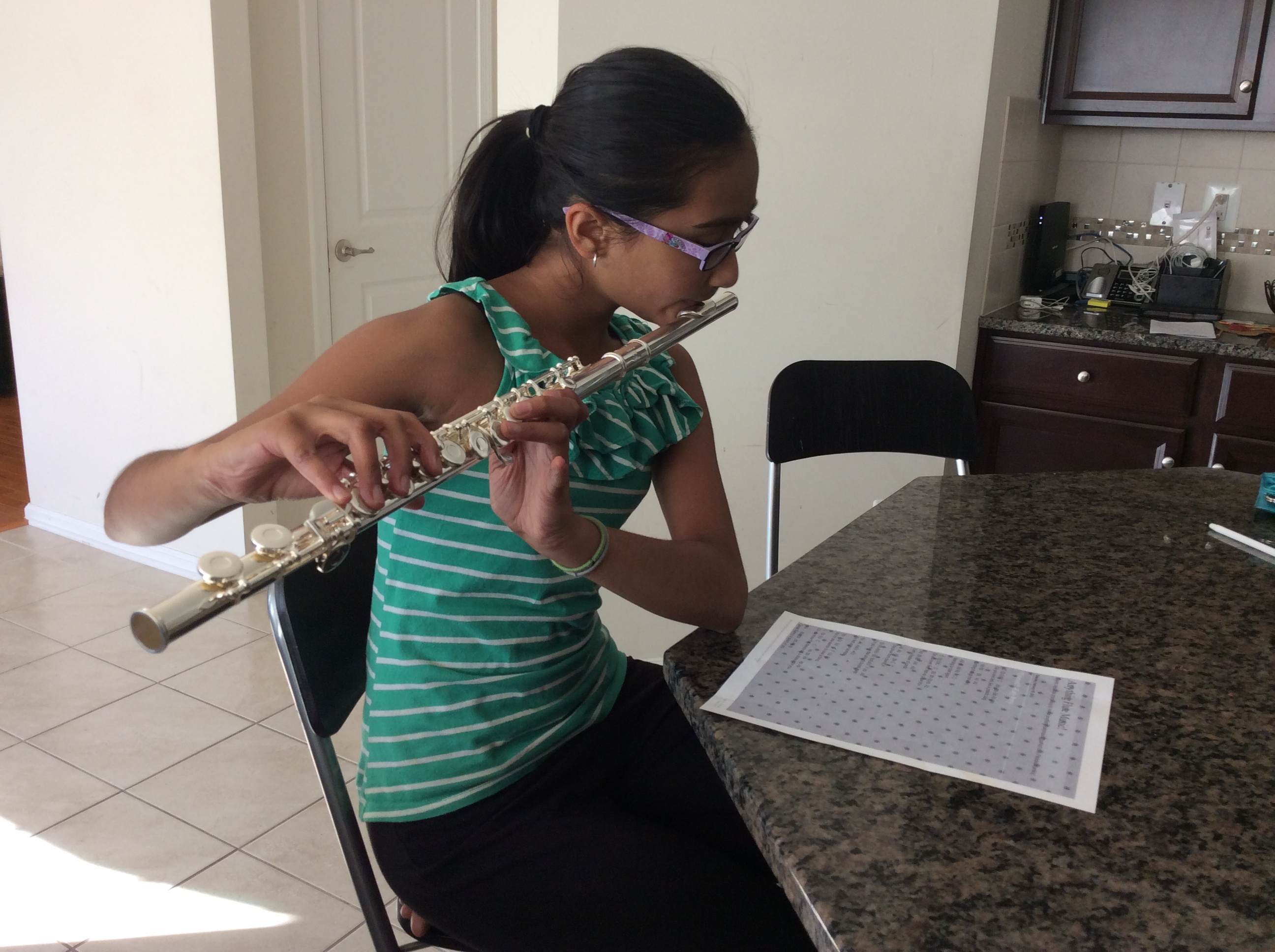 Once or twice a month, I used to visit the nearby Greater Baltimore temple but had never participated in the evening Bajans, mostly on Sundays and other important days. I used to sit quietly in a corner, enjoy the bajan in Hindi, participate in the Arti, collect Prasadam and come back, uncared and unnoticed by others, except the lovely gods on the raised platform and one or two close friends of Megh, who knows me personally.

Last evening, suddenly, I became someone worth noticing.
This was what happened:
After Ananya’s sweet rendering of Hanuman Chalisa and the songs of Nikhil and a few more kids ( after making sure that no kids were left behind), Megh asked me whether I would like to sing. I moved near the bajan group from my corner seat and sang one or two songs and handed over the mike back to the usual bajan mandali.

After the harti, a few people approached me with folded hands to say some good words about my song or to take my blessings as North Indians invariably do when they meet an elderly person . Even in the lunch hall, the respect for me in the eyes of some was visible. After dinner when Megh was helping other womenfolk to clean the dining hall, I was relaxing on a bench. Then too, some women, instead of passing through carelessly before an old man, noticed me and said a few kind words in English or Hindi . Not a small achievement!

Megh didn’t say a word, good or bad, about my songs. There were not many, except a Telugu couple settled here for the past 41/2 decades in the group familiar with Carnatic music as the audience was from the North, West or Eastern parts of our country. My intelligent machine started rolling in full swing. Was it not the silvery white woolen shawl which wrapped my shoulders, the real recipient of the respect of the admirers? Feeling lazy to wear the coat which had to be buttoned up, I had picked up one of the shawls before boarding the car, expecting least that it would provide me a look of a Sangeetha Vidwan!

The gods on the platform would have, however, appreciated my songs as it were they who made me a singer and I sing only their story and glory.

Incidentally I have been asking my grandchildren to teach me one or two English songs. They don’t seem to be much interested as they are well aware of my English standard and aptitude for music.

Had I not fallen sick, I would have Pleaded with them to teach me a few steps of the western style dance too. Wrong time now. One leg may go towards the front, the other one towards the back which might expedite my moving towards up and before that down!

But, I would suggest youngsters to study at least the preliminary of the dance steps. It is not the monopoly of girls. Boys too should learn. It will help them to synchronize the body movements, improve blood circulation and strengthen heart, hands, legs and tone up the body.

And it will be a real fun if both wife and husband know dancing, not only for their children but for the neighbors too, if they happen to live in flats, which is common in cities nowadays!

PS-
In the picture, Ananya practicing at home for a program in her school. She did well.