The old ones have to go and that is the law of Nature:
The prospect of another visit to Kerala with my siblings, this time mainly to participate in the ‘ther’ car festival at my ancestral village, Perinkulam, on 25/26 this month, excites me. Kindles my memory to the last trip some two years ago, when I cirumambulated the Divine chariot, following the idol of Lord Navaneetha Krishnaswamy majestically seated on a caparisoned jumbo, prior to His boarding the chariot for a procession to meet the villagers. I was holding a laminated board where the stothram ‘Namami nithyam Navaneetha Krishnam’ composed by me was written by hand. That board was later placed on the front wall of the temple and to my surprise and happiness it still hangs there and the temple priest during my recent visit told me, ‘Anna I never expected so many will read the stotram and recite reverently.The interest of the devotees prompted a good Samaritan to print a few copies”.  He handed over to me a few print outs. A few more popular stotrams were there along with mine and the name below was not mine but that of the good soul who took the trouble of making the prints. That is OK. What is important is people are interested.
Another memory that surfaces in the mind, is my having a shoulder-ride on my father, after a memorable participation in the Kalpathy car festival, when I was a child. He crosses the river, raising his veshty above his knees, holding a sugarcane stick in one hand and holding me firm by the other, to ensure that I don’t slip and fall. A packet of ‘muttapori’ and ‘perichampazm’ (dates) is  in my hand. There were several men and women returning from the village, enthralled by the festivities, crossing the river, whose water was muddy but the joy of me and hopefully of the other children too,  was unstained. There were, among them, many familiar faces and I smile at some .
Recently I went to Kalpathy Village where I was born, and to Olavakkode where I was raised. Except one person, Siddique, son of our neighbor Hamsakka, there was no known face. Siddique of course, hosted me in his dormitory and we spent over an hour discussing the past.
‘Appu anna, don’t you want to see the building that has come up in the land you sold?” He asked me. I nodded my head to say ‘no’. I spent the first twenty years of my life in a big house, in that land. That was only a tiled house, double storied, what you call ‘nalukettu’ with a more than two hundred feet long hall, adjacent to it, where my father had a hotel. Children having no interest and me, compelled to live mostly in USA, that ancestral house had to be sold. I didn’t go there to watch its demolishing. Siddique did that job. Now a muti- storied concrete structure has come up there, I was told. The old ones have to go and that is the law of the nature. I am aware of it, but still I am sad. That is not good I know, because the old ones have to go and that is the law of Nature!

Category: A08 -- TRAVELOGUE
”You are free from your chief now but will never be free from your mischief “- That was how my respected director, wished me adieu, while I retired from service.
” experience speaks” You endorse the words of wisdom of my boss and demand, ‘explain’.The first lesson I learned from my recent trip is that in Kerala and Tamil Nadu temples, you can’t rent a room for stay, if you are a lonely male, irrespective of your age.
”No room for single” is the standard reply from the lodge-keepers.
”Why so, may I know?” I inquire really innocently.
The front page of a local daily is presented before me with a naughty smile. Reports of misusing the facility by males, highlighting the incidents where the naughties are oldies.
”You expect me to be mischievous at this age? ” I ask him unsure of the validity of my question but with an anxiety to have an accommodation at that late hour..
”As older as naughtier!”  He replies in the ‘as father, as son’ style, enjoying his own English and watching my face to asses whether I too enjoyed his wit. Wits are to be enjoyed especially the ones made at late hours when you are at the mercy of an inn keeper, to rest your exhausted head.
Now, two sample instances for your enjoyment:
At Guruvayoor. Time- late night.
—————
”Thirumeni oru room venam- need a room”. I request the Namboodiri, at the counter of a lodge, with a liberal sandal paste on his forehead and equally lavish cool smile on his face.
”Swamy thaniyae aano? You are alone, I suppose “
“Alla, Easwaranum koodae undu- No, the God is with me “
” Athu pora,  Room illallo Swamy- That is not enough -sorry, no room.” Convincing was his reply that God was not  considered as a fit companion for allotment of the room.
” Jnan atra viddi alla thirumeni, oru roominnu vendi velikazikkan- I am not a blockhead to remarry just to get accommodated in your lodge for a night. “
”Oh, Rasikan, athi  rasikan, muri edutholu- You are wonderfully jovial; the room is yours”.
I knew that Namboodiries enjoy jokes but never expected they would enjoy even simple facts as jokes .
At Pazhani: Time – midnight.
————
”Single room onnum kaali illainka-No single room is available”. The counter clerk replies sternly.
“Onka mudhalali iruukkara? -Is your owner available?” I ask him.
The owner comes, an young man, forehead lavishly smeared with the popular ‘siddhar viboothi’, unusual for his age.
“Your face resembles your grand father’s- —–“. I  search for the name which the youngster volunteers to mention, ‘Parameswara Iyer””Right. My father’s elder brother and your grand father’s younger brother were class mates.” I try to bring us closer and continue, ” your grand mother’s younger sister and my mother’s elder sister also were–“”Playmates” The youngster completes the sentence.”You are right again. There is one more relationship-” I continue, but the smart guy, already convinced that we are related, turns to his assistant and orders, “Ayyarukku room kattunko- show him his room -“While I pick up my wallet to pay the advance, as I was prepared to sleep in any closed area, there comes an elderly person, with thickly tufted head and offers, ” I will take him to his room”.
I could have followed him silently, but as is my wont, enquire, “Anna, entha oor – you are from which village?”
”pallippuram. Nan than parameswara iyer, I am parameswara Iyer, grand father of the boy you met at the counter.”

‘Vay irunda pullai pozathcukkum”- an adage. Near meaning-‘you can survive by your tongue’
But  remember, tongue can, sometime be undoing too.
Hyderabad
Feb 5,2013
Category: A08 -- TRAVELOGUE

A good start I thought, when I could hire an auto with meter, the moment I got down the Trichur Railway station, just paying a fee of Re. 1, in a counter across. I still consider the Vadkkunnathan, lord Shiva, the presiding deity of this town as my ‘annadaada’, feeder, as it was here that I started working, soon after my studies. The reminiscence of my starting earning and short stay in this lovely town, filled my heart with happiness when my vehicle circumambulated the temple garden with the shrine at its center. Paying a remote obeisance to Vadakkunathan ( as the temple was closed), I went to meet Chacku, my bachelor room mate and ex-colleague.
He was as excited as a child,meeting his classmates after the summer holidays, though I never miss meeting him, every time I go to Guruvayoor.
“Irikku- take your seat”, he said pointing out a chair next to him. I looked at him and wondered whether he was the same handsome six-footer, immaculately dressed, when he joined our team, fresh from the college, some three months after I entered the Trichur unit of the ‘Anaemia and Protein malnutrition’ project work, in 1959. When our Institute was shifted from Connor to Hyderabad in the end of that year, we too were transferred along with the local unit.On landing at the Secunderabad railway station, we took shelter in a lodge opposite and shared a room. For the bed bugs there, the young blood of ours, was a feast. Jacob temporarily shifted to YMCA . I was able to procure a good house, showing my sacred thread to the house owners to prove my Brahminhood, in a village close to our work place.  I named it as ‘Panchavady’, when another four of my colleagues including Jacob, joined me. For almost ten years we lived together there and it was one of the most enjoyable periods in the life of all of us. Chacku was a decent gentleman in every respect, though that doesn’t mean that the others were neither decent nor gentlemen. He was always well-dressed, scrupulous, strict in his work, soft spoken and a no nonsense bachelor. One by one, all the inmates, except him, got married when we left Panchavadi. He still remains as a bachelor and lives alone in an apartment which he bought after retirement. It is well furnished but he doesn’t even prepare coffee and one of the hotels feed him, against payment.
While in service, he hardly used to look at the face of a girl and talk, though girls were plenty as our colleges. ‘He could have,’ I felt seeing him, living alone in his old age.
As we were meeting  in the shadow of the passing away of our room mate, Nair, mostly we talked about him, when Chacku commented,” moonu vadi murinju- three stumps of panchavadi are down”, referring to the death of  Emmanual, artist Darmadathan and Nair, who lived along with us in the ‘Panchavadi’
”Thanikku vallathum vannal, sahayathinnarenkilum unto- you have any one in case of an emergency?” I asked him, sadness, worry and anxiety, chocking my throat, on the plight of one of my bachelor room mates and long time friend and colleagues.
”Don’t worry on that account; I have a few relatives around here”.  He consoled me.
I had a wash. He offered me cola which I didn’t want. Went for a short nap and when I got up, saw him meddling with my electric shaver.
”How useful is this?” H e enquired.
“Very useful,” I replied. No need of a brush or soap, just rotate the blades on your face and in a few seconds the job is over. Ideal for an idle person like me. Take it if you like. I will buy another one, when I go to USA shortly.”
”Get me one, when you come next time”.
I gave him a new wrist watch, which I had brought for him from America. He liked it, but liked the one which was around my waist better. I removed it and gave it him. He was as happy as a child receiving the gift of a toy . The one which I took back and wore on wrist was loose. He brought his tool box and spent half an hour to adjust the size of the chain to fit my wrist. Then he took me to an adjacent restaurant for food.
While leaving his apartment, he thrust a few small notes and coins into my shirt pocket. ” This will be helpful to you for your petty expenses”. He said.
I remembered my  brother, Vicha, at ‘Anantha Jyothi’, who feeds me. He too handed over  a few small notes and coins when I was leaving for my Kerala trip . ‘Anna, ithu vetchukko” He said the same words, as Chacku.'”This will be useful for your petty expenses”
The hearts of some are big. Pettiness is unknown to them. And that is how the world thrives. 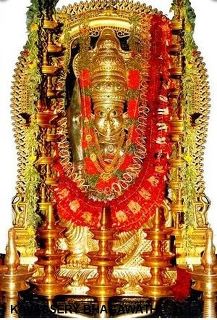