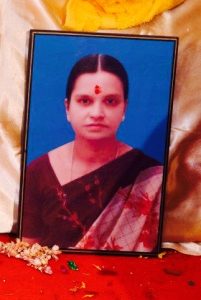 ‘Vicha, kappi has to be made. It doesn’t flow from the water tap’

I rushed  into the kitchen. To make coffee you need just two things, decoction and milk. No sugar for thammudu. Where is milk?  In the fridge. Very good.

I could locate the filter, but it was empty. No problem. Srikanth had neatly labeled the dabbas. Picked up coffee -power dabba.

The holes of the upper mini barrel were all blocked. No problem. Let me clear the blocks with a needle. Where is the needle ! Searched everywhere. Not found.

(There is a box full of insulin syringes with thin needles, but my brain, had gone for a Kerala hartal)

A flash inside. Brain woke up like undesirable desires rising at my heart,  at times. Bad comparison. It is ok. Bad also is a part of life. Bad makes good strong. Black makes white whiter. White is often forgotten; black stays longer.

White has gone leaving black behind. That’s why all these problems .

There is a solution for every problem. I switched on the stove and holding the percolator carefully with tongs, heated its bottom so as to burn the coffee granules stuck in the holes.

The holes are meant for free flow. All holes! If there is a block in just one hole, life loses charm!

The bottom of the percolator turned black. No problem. That stain could be removed.

Some stains remain for ever.  Man goes, but stains stay back.

Left the heated percolator on the kitchen platform and went to get milk from the fridge.

‘Don’t heat the milk now; let the decoction be ready’,

Vicha’s advice from the hall.

Opened the coffee powder dubba, removed the powder and just lifted the percolator with two fingers. It was still red -hot! I forgot. It didn’t .

Rushed towards the tap to pour water on the fingers. Oooooo, pooooo! Tap turned but water didn’t fall. No tank in the tank.

If there’s is no water in the overhead tank, you open a dozen taps, not a drop will come down!

Tanks should never be allowed to go empty- any tank, even the one in our head or heart!

‘Vicha, switch on the motor’, I yelled.

He didn’t hear. I was not surprised. He was thinking about kaappi!

‘Unduraa. I will blast your head.’, I screamed

‘Where is that?’, he enquired.

You ask me any question, I can answer. But don’t ask where your head is!

‘How difficult is the job of a house wife!’ I thought and praised mentally the woman who silently served coffee, 3/4 times daily, just for asking and even without asking for the whole family, friends and frequent visitors, for many years. She would have been appreciating seated on the mango tree branch, somewhere. Why somewhere, she might be right on the tree behind the kitchen. Why behind the kitchen, why not on the one near the well? Kitchen was the place where she spent most of her life.

I praised my intelligence too.

‘Had I not used the tongs and directly held the filter in my hand and heated?’ Not two fingers, the whole hand would have been burnt. I was indeed a wise man.

I looked at the stove. Oh my god! The milk had boiled and boiled and boiled, had spilt on the burner, putting off the flame, leaving the base of the vessel charred. I was standing almost touching it but didn’t notice the overflow of its anger.

Not surprising- I had stood  touching a woman, but failed to see her overflowing anger. Anyway that was when I was young. When you are young, you fail to see the face of your wife and when you long to see her front, she had gone and you see only her back, that too from far, far away.

Wrong! I see her face right behind the kitchen wall, from the mango tree.

‘Anna—-‘ Thammudu reminds again. What to do now? No milk in stock. Shall I go out and buy a packet from the shop on the circle road? Poor Vicha is going dry with no kaappi which keeps him alive, though limping.

At that critical moment, the embodiment of immense mercy,

Saraswathy Devi, who had abandoned me for the past two months, inspired my mind and I sang aloud, for the first time in the last two months, a popular Kathakali padam, loudly:

Viswanatha Iyer, heard his favorite Padam and responded, skipping the next few lines, in high pitch. That is how that padam had to be sung.

He wanted to convey that he too, like Sudhama, was waiting long, not to meet Lord Krishna, but for his favorite kaappi.

Categories: A12.01 About me, Uncategorized

“Hello! Gopaln Nair. Happy Onam.”
” Edo, Sami! I am Govindan, not Goplan Nair.”
” How does it matter whether you are Gopalan
or Govindan; you are Nair alright?”
‘Hello! It may not matter to you; but it matters to my wife”
“How?”
” My insurance policy is in the name of Govindan Nair”
” Ammini is a woman of wisdom. What payasam has she prepared for Onam?’
” Sami! You are getting old too fast .Today is Vishu and not Onam”
“How does it matter whether today is Onam or Vishu ?  your wife will prepare
Palpayasam, I know”
“You are wrong again. your wife is preparing palpayasam ; not mine”
‘But why should she come and prepare the palpayasam in your house. Our
kitchen is not big enough for her size? ”
‘She is cooking in her own kitchen and not mine”
“How do you know that, unless you are in my house?”
“I am in your house!’
“Doing what? Pestering my wife to make appam and vadai?”
“No need. My wife is already doing that in your kitchen”
“Gopalan Nair. Give the phone to my wife”
” I am telling you again, Sami. My name is Govindan Nair. Speak to
Ammalu.”
“Ammalu! What is Ammini doing in your kitchen?”
“Ammini is not in our kitchen. We both are in Theresa kutti’s kitchen. You forgot that we all came
here to celebrate Christmas?”
“I came along with you? Where am I now?”
“In the backyard of this house , wasting money on calls?”
“Call Jacob.”
“He is standing behind you”
“Jacob, are you behind me?”
“No. you are behind me”
“‘Who stands behind whom, I care not
Who moves ahead is what I look for’.
Have you forgotten this famous couplet of Vyasa in his ‘Valmiki Ramayanam?. Our English professor Neelakantan Sir used to take one full hour to explain the meaning of those two lines. ”
“Sami! It was Kalidasa and not Shakespeare who wrote that. You have completely forgotten your .
Physics”
‘Jocob! We were discussing about chemistry and not literature”
“Let me ask Menon. Edo, Menon!  Who wrote Macbeth, Valmiki or Vyasa?”
“Thante Atchan. Theresa kutty wants both of you here immediately.She is hungry”
“Jacob! Menon is getting hot .Poor guy, he is ageing. Are we also ageing Jacob? After all we are the same group”
“We are not. Our women are ageing. Ammini remembers the name of the
policy holder, Ammalu noticed that you are wasting calls and Theresa
remembers that I am her husband”
“‘Any way let us get inside and eat. Theresa kutty is hungry. I can’t see my wife starving.”
“Ente Karthave! Now he is entering  into danger zone.Sami, you are definitely ageing..”
‘Ha,ha,ha! You have started loving your wife and therefore you are ageing man!”