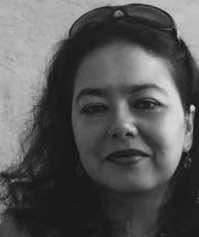 This Assam girl is close to my heart,
Very close.
She, in fact, is a part of my family
Indistinguishable part.

Lustrous was her life
Till a tornado in Chicago
Torn it to pieces.

With one stoke, a massive stroke,
The Fate destroyed her present and future
Leaving her a residue of a massive rupture.

Still fresh in my mind,
The roar of the whirlwind
Flashing like devil’s swords
To tell you, I’ve no words!

The Fate turned a brute?
To shake lives deep to its roots?
It danced like a drunkard
Or a destroyer’s vanguard .

Her picture was colorful
Never black and white
I know the colors wont return
But atleast the black should go
But will it?

I’m glad, after an Year
I can see, when I’m near
A white streak for which I waited
I’m excited!

Luminous is her character
The disaster couldn’t diminish
It’s luster
Bad luck met with bad time
When it troubled a good dame.

Time should show a gesture
And give her a future
The blood stain should go for ever
And she should suffer never.

Went to Ayyappa temple
To pay my salutes humble.
God was inside, aloof
A pair of doves on the roof
Enjoying the sunlight,
Ready for a flight,
Chirping, playing
Moving together,

None dares to climb the roof
Of the home where god dwells
But did these little birds
A lovely pair
Stroll over God’s head!

Real fun there, behold!
What matters if I’m old?
Bracing is their moves
The happy pair doves
Together they walk, one halts
The other too halts,
One moves backward,
The other too.
What a symphony on the roof
Am I old, show the proof !

Flies up one, the other
doesn’t move a feather,
Waits, then goes up
And they come back together!

Fly away the birds
Unable to stand my words?
It is bad,
I feel sad!

Why did I yell?
God can’t hear well?
Isn’t He so near?
Tip toe I retire.

Far, far away in my memory line, I see the face of a dark, tall elderly woman hiding a ripe banana fruit, nenthrampazam, away from my sight, to be given to my younger brother. She was my maternal grand father’s  mother, partial to my brother as he was not eating rice then, though he liked varieties made of rice. Patti was worried that non-eating rice would hamper the growth of the boy and hence she wanted to give the only fruit available with her to the rice-deprived great grand son and not to the elder one, who cherished any thing under the sun, then and continue to do so even now.