Jamuns take back to childhood days

There was a jamun tree, in the timber storage yard behind our house at Olavakkode. It belonged to Janab Unnikkammu Saheb. He was only Unnikkamu but when he became a rich business man, his name expanded with a prefix and suffix. There was a mosque and an elementary school for Muslim kids, in the premises, which too belonged to him.
As children in the next neighborhood, our interest was the jamun fruits, which were ripe and lay spread on the ground, like a velvet carpet. We were given free entry into the depot as the Mullah of the mosque, the guardian of the premises, was Appa’s friend. Had we then known about the nutritive value of the Jamun fruits we would have collected those in baskets and brought home. Instead, we bit a few, ate the pulp, threw the seeds there itself and went back home.

It was ok, as we were children then.

But it was not Ok, when I grew up and was expected to know the value of opportunities. Instead of making use of the opportunities, chances, effectively, I threw the fruits then and there onto the dust, without even biting and tasting the pulp. During my young days, I discarded only the seeds after chewing and enjoying the pulp of the fruits.

Now, that tree is not there. Even if I wanted to collect a truck-full, it is not possible. When the tree itself is not there from where will the fruits come ? The mosque, the elementary school, a Mullah, timber depot. all are there, but not the jamun tree. And for jamun fruits, you need a jamun tree!

Many of you would have been familiar with the famous four liner attributed to Mahakavi Kalidasa, ending with, ‘Gulu, guggulu, guggulu’

The king throws in the court the fourth line of a verse, ‘gulu, guggulu, guggulu’, as a part of Samasyapooranam, an intelligent past time, play with words.

In the mind of the great Poet appears the scene which he used to observe during his walk. He recalls the sound when ripe fruits from the branches shaken by monkeys fall into the clear waters . Instantly comes out a verse with ‘Gulu guggulu, guggulu as the fourth line:

There is another version that Kalidasa, while strolling along with the king, saw the fruits falling from the branches shaken by monkeys and instantly composed the verse.

‘It was not Kalidasa’, claim some scholars.

I’m least bothered.
The stanza sounds sweet, imaginative and interesting and it would be difficult to compose instantly another one, as attractive as this, with the limited option of the fourth line. 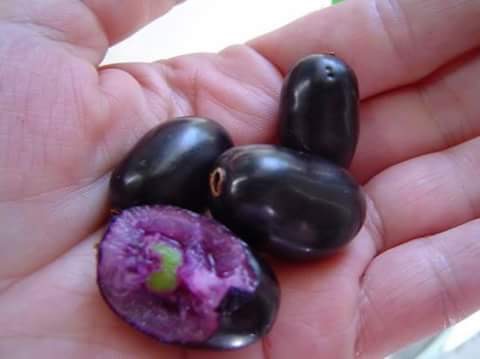