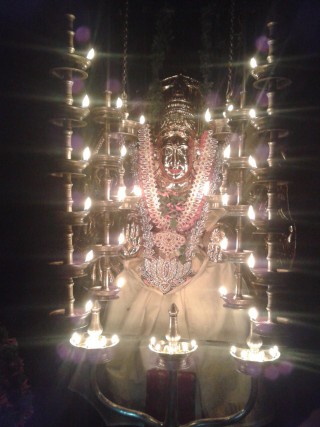 His only source of income was from the ancestral agricultural land which was snatched by his shrewd tenants and some relatives, exploiting his innocence.
With no job, no skill to earn money, no parents or other elders , his life was condemned to be doomed.
But, luckily, that didn’t happen.
Another relative of mine, an elementary school teacher, father of three daughters, gave his eldest daughter in marriage to him. Parents, those days were compelled to marry off their daughters, somehow, before their attaining the age of puberty. ‘He has an own house, strong body, comes from a respectable family; will somehow find a job and maintain his wife’-expected the girl’s father.
The girl was intelligent. She wanted to study further and my father put her in the Komarapuram Teachers’ Training Institute and took care of her accommodation, food and other needs. He got her a job too in her own village.
The house was own, there were two milch cows and with her income as a teacher, she maintained the family. What was important was how well she looked after her husband, without giving any scope for him to feel that he was not the earning member and was living under his wife’s patronage. She encouraged him to do some petty jobs, such as selling the vegetable produced in her back yard, vending the milk products etc and allowing him to keep some amount with him. He didn’t know how to spend that money and ultimately, it went to her hands. But her approach was admirable . ‘It is your earning; you keep,’ she used to tell him.
She also used to complement him for small jobs carried out as if those were big accomplishments.
‘Wah, what a clean job! Not a single pebble in the parboiled rice you washed!’
Or,
‘Sure, you didn’t use a hand machine to slice the drumstick into such uniform pieces?’ Etc.
I was a child then, but from the husband’s hearty laugh and contented smiles, could gauge his overflowing satisfaction,
But it looked funny for me then, the sight of a large man, dark skinned, with strong hands and legs, prominent nose and big ears resting his clumsy head on the tiny laps of a sleek woman and her patting him as if he was a baby who won’t get into sleep, unless she petted and patted!
But, today, when I see this picture of the Mangott Amma, I realize that it was the incarnation of the Bagavathy, who took the form of the intelligent and compassionate wife of that innocent, idiotic relative of mine, who enjoyed his life till the last drop, with no education, no earning, no skill worth mentioning.