NRI boys do remove their shirts.
Many trains halted and passed through Olavakkode Junction, day and night, more during night.
Seated on the veranda of my house, by the station road, I used to watch the movement of people. From the Kalpathy villages, they used to come to receive or see off their relatives. Some of them were bare- chested and none took notice of that.
That was a Muslim majority area and many used to roam about, in the town, bare-chested, wearing lungies. None noticed them.
I too on many occasions, as a boy, had moved in towns 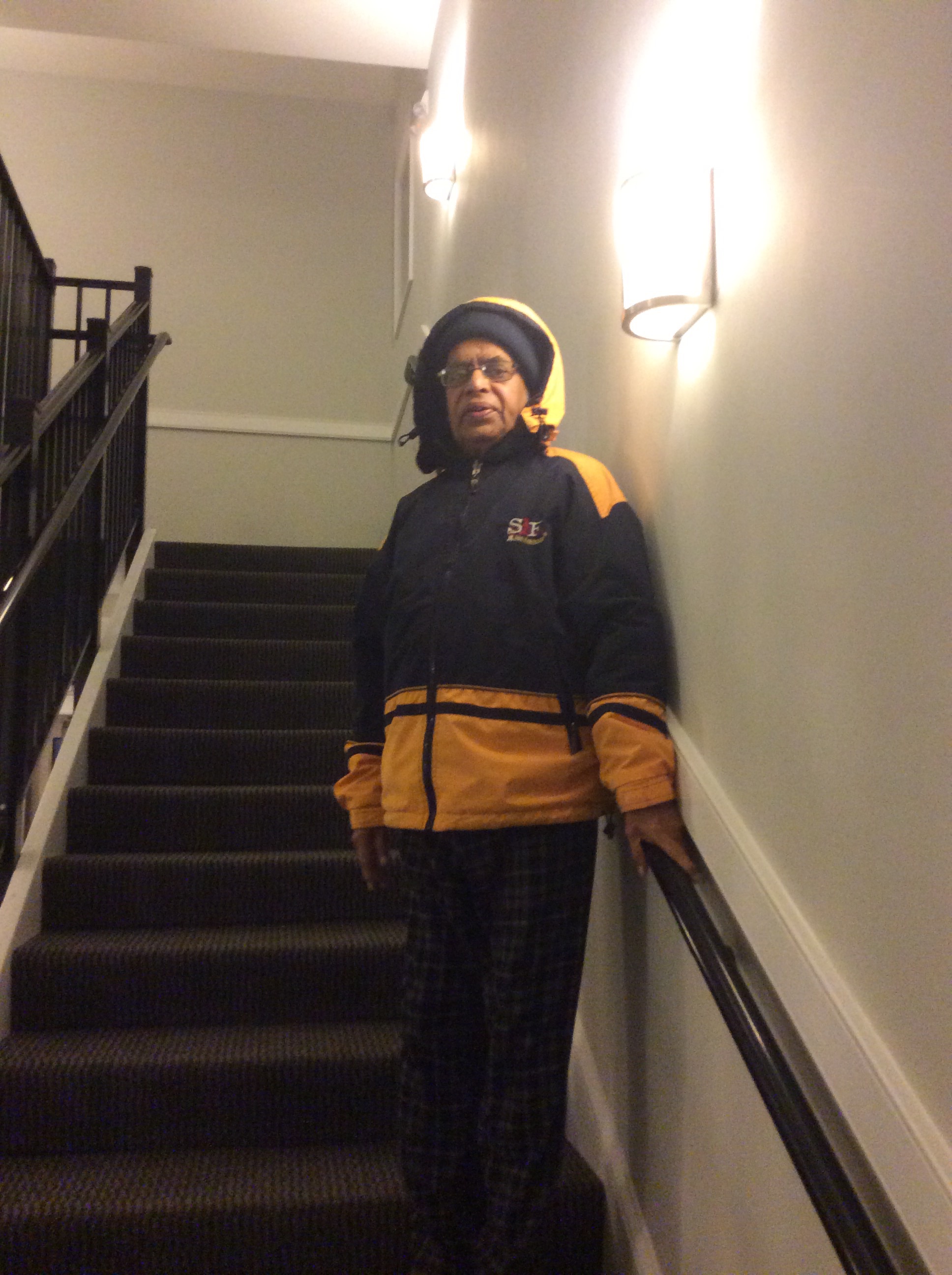 and villages in Kerala, and compulsorily inside temples, bare chested . None noticed.
Here, in America, I can’t have that ‘freedom’, even during peak summer.
Generally, the people here, don’t bother about others in the streets. But, if I venture to go out, with no shirt on, I will be noticed. And, my children will certainly notice and buy the best seat in the next available flight to Hyderabad, drop me in the airport, give a warm hug and see me off with a fitting farewell. “Take care, Dad!”
I won’t give that chance to my dear wards. Hence, stand here on the steps, well within a building , well-wrapped. This adequate dress is to protect me from the biting Boston winter.
An old friend of mine driver Marimuthu, used to attend weddings, in full suit and tie , during peak summer, in Chennai!
“Why, Muthu?” I enquired.
“JanvAs MAppillai Sir soodu thangama kelampittarnna, nAn poi ankae ninnukalAm illae?”
If the bridegroom, unable to bear the heat, moves out, I can go and stand in his place, right?”. He was joking. But I’m not. Wedding In May, in Chennai, used to be a punishment.
Now perhaps not so. The halls are air conditioned. The wedding fire is nourished for shorter duration, as Vadyar is busy, bridegroom, is working from home ( means he is on duty). understandable.
I attended a wedding, sometime ago, in Hyderabad. Peak summer. The NRI bridegroom was unable to sit on the floor. Understandable. He was a computer boy, good in his job. He got a chair. No one asked him to remove his shirt and so, he didn’t. They thought NRI boys never remove their shirts!
No grumble. But Kuppuswamy iyer, my friend, who had roamed bare- chested during college days, through the streets of Kalpathy, along with me, performed the kanyAdanam, in full suit and tie and hat!
Boy, I was stunned. I asked him, ” Kuppu, mad fellow, you could have at least removed the hat?’
“Your Pakakkadan budhy will never leave you” he chided me, “the bridegroom is from a sophisticated family”
Sad, my friend is no more now. He passed away, shortly after his daughter’s wedding.
I attended his last journey. There was only a white sheet to cover his body!
He was on his way to a non sophisticated family. Otherwise, he would have been in suit and tie. And a hat too, on his bald head!
P.S. Forgot to tell you. Kuppu’s last rites were performed by his son in law, who rushed from USA.
No one asked him to remove his shirt. He didn’t ask for a chair.
He sat on the dusty, ashy, wet cremation ground, bare chested!
NRI boys can sit on the ground .They do remove their shirt. I’m convinced.