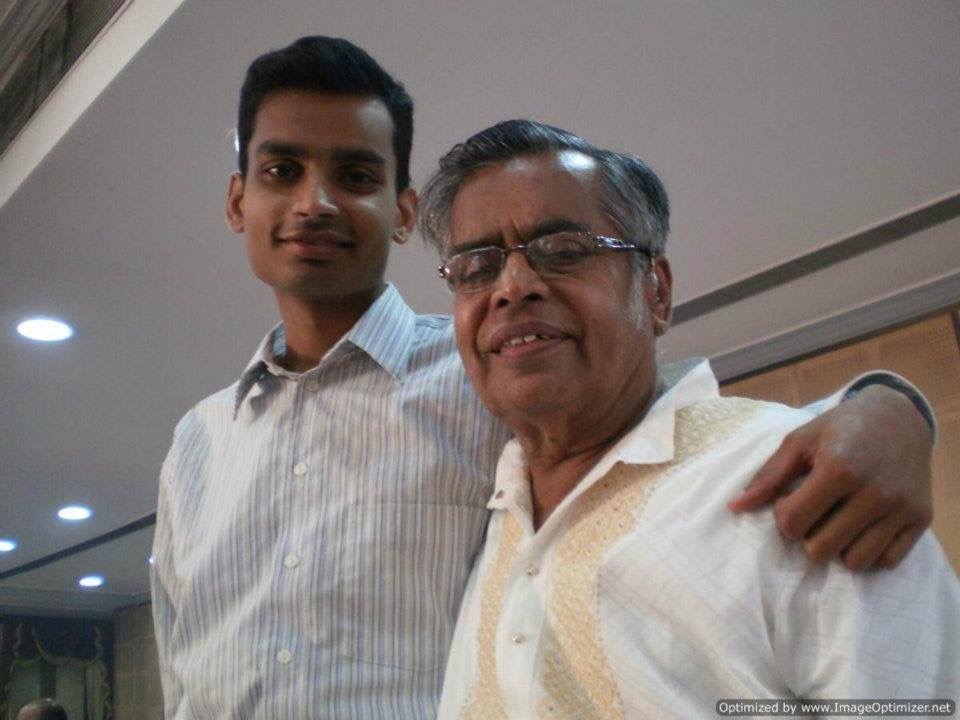 After confirming from my son Atchu hat he had not already chosen a girl for pairing, I started searching for one and within a day or two, located a girl  through the net, showed the profile to my son and when he conveyed his approval, sent his horoscope to the girl’s father with a note that I was prepared to accept his astrologer’s verdict as  I was not keen on the horoscope- matching.
He called me immediately and said,’ the girl’s star is the third from that of the boy’s and therefore— ,”  he paused for a moment and continued ,” ‘my wife says…” .
I intervened, “the counting is done from the star of the girl in which case there is stree ——deer– ——rgham, I presume”
He did not say ‘yes’ or ‘no’  but posed a question as to which part of Kerala we belong to.
” The boy’s mother was from the south, me from the middle and the boy was born and raised in Hyderabad. You are free to decide his nativity”.  I told him.
His wife was probably prompting him from behind ( I am not sure as there was no web camera connection ) and wanted some details about the boy, which I offered as below:
“He did his engineering in Hyderabad, MS from the Massachusetts and is now working for Vonage.  Unlike his father, he is intelligent, good looking, tall, and speaks truth always. Unlike his father again, who used to, during his young days, occasionally enjoy  a cigarette or two as well as a sip or two  of Italian wine in parties, the boy doesn’t smoke or drink . Unlike his father once again, who stands before any vertical object which resembles an idol of worship, spends hours together praying and singing, this son of mine does not visit a temple nor has any pictures of the Gods in his room”
“Hasn’t got any likeness to his father?'”
“He has. He doesn’t know cooking”
“I really like you and the way you talk”. He expressed his satisfaction,” I’m sure that my wife too will like you”
“Excuse me sir,” I interrupted, “you seems to have forgotten that the proposal is for my son ”
“Yes,I know, I know”  He continued, “I forgot, thank God, you reminded me. My  wife says that if your son’s star can be pushed a bit either to the front or to the back– ”
‘Extremely sorry, gentle man,” I had to close the conversation, ” My son is a straight- forward type  and  he will not agree to your proposal of shifting the star. And one more ‘unlike his father’,  he has never pulled or pushed a girl while commuting in a crowded bus in Hyderabad.
“Aren’t you Ammalu’s  arrogant husband with a flat nose?”  That voice was sweeter. I could guess that his madam there, had taken over.
‘Yes madam,” I replied, “unlike his father’s Atchuth’s nose is sharp”
“Sir, I’m the girl’s mother. My husband doesn’t know what to talk and how to talk,” the voice was sweet but strong. Unlike him, I can talk well and handle people like you better. Shall I release more ‘unlinkes?'”
“Oh, no madam. I’m convinced that you are capable of releasing anything”
“Good. Ok. Let us talk business”.
“Business?” I was taken back, but managed to say,”madam , marriage is a business? I thought it is a relationship, a sacred one”
“Ok. I am prepared to come down. Can you arrange to push your son’s star this side or that side? If not, let us talk business”
I handed over the phone to Ammalu.” You deal with her” I said.
“NamaskAram! My husband can only write stories, not talk business. Shall we start? Ask your daughter to read one or two Ammalu stories and then decide whether she should become our daughter in law. If she is agreeable I’m ready for any of your conditions, including pushing the star. And, my decision is final in this house”
There was no response. Ammalu turned to me and said,
“Why did you waste your time talking to them, when they are not interested in doing business with us?”
“Ammalu, business?” I asked.
Ocala, Florida
May 24, 2010