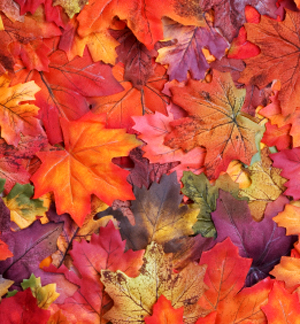 Autumn leaves
.
‘Karuppu’ is dark shade. My friend’s name too was that. Probably he would have been named after his skin color. His face was defaced by the imprints left by the havoc of small pox; his one eye was short and one foot unsteady. He was short, shapeless. Despite all these physical deformations, he was the most joyous boy in the class, always cheerful, laughing or at least smiling, pleasant and entertaining the students as well as the teachers. Some people are born with talents of making others happy and Karuppau was one among them. Studies had the least priority in his agenda. For him, the school was an exhibition ground for his other talents and love for his pet animals, which were many- bunny rabbits, pussy cats, squirrels, Pups, baby goats, even snakes of harmless variety. During the lunch intervals, he used to stand up on the bench to overcome the inadequacy of his short build and narrate his adventures on catching and training the pets. He used to bring at least one pet to the class every day and leave it in a covered bamboo basket outside, before entering the class. The teachers knew about it but they didn’t bother as the pets remained outside in a sheltered airy basket.
But, one day a small animal did create a big confusion. Karuppu had caught a baby squirrel from a bush during the lunch interval and before he could hide it in his basket kept outside, the bell for rejoining rang and therefore he pushed it in the pocket of his knickers. The little devil remained dormant till the teacher reached the pinnacle of his expertise in explaining the intricacies of a two digit addition and then suddenly rolled out of the dingy pocket. Before Karuppu could catch it, he started scurrying hither and thither inside the class room.
“Which scoundrel let this animal to roam here?” Thundered the teacher, leaving the 15 + 25 to its fate on the blackboard, , though he was almost certain that it could be none other than the  ‘Kurukkan’ or cunning fox, his pet name for the pet- master.
Karuppu pointed his finger towards the exit door to say that the animal was a wanderer from the nearby bushes and he had no role in its release. Exactly at that moment, the head master Chathunni Menon, also an animal lover was passing through the corridor, supervising the surroundings. The simple mind of my class teacher now doubted that the little rambler could as well be the property of his senior. He put a foot forward to clear the doubt when the head master turned towards him and enquired, ”entha mashre?-any problem, teacher?”
“Hey, onnum illa; veettil chechikku sukham thannae allae – Nothing; hope your wife is fine at home?”
In his 10 years’ association with Madhavan kutty master, not once had he enquired about the welfare of his wife and therefore Chathunni Menon gazed at him for a minute and wondered why that question from his junior.
“Did anyone tell you that she is unwell? Your class children, I suspect, have the naughty habit of peering into my bed room”
“No mashrae, any told me anything about your wife”. My class teacher was apologetic.
”Then why did you enquire about her?”  After all, he was the head master and he had a right to know if there was an espionage activity right under his nose.
“Nothing Sir, a squirrel entered the class room–” Before he completed, the HM, intervened with the enthusiasm of a kid, “where, where? ” catch it. You children, all look for the animal. There is not a single squirrel in my pet collection “.
It was the order of the head of the school. All teachers and students including those from the other classes too joined in our hunt for the fortune but the clever little animal had already escaped into its original abode among the bushes. They all dispersed with shrunken face and cursing their inability and ill luck in fulfilling a simple wish of the HM. An army of two hundred students and six teachers could not catch a baby squirrel! Karuppu wanted to laugh loudly but suddenly remembered that he was in the class room and the ‘mashre’ could still punish him.
Madhavan Kutty master was now convinced that the HM’s movement outside the class room became more problematic than the squirrel’s roaming inside the classroom.
He turned to the students and ordered, “Concentrate on the calculation on the black board I say, all of you”
Then, gazing the vast courtyard, he made a philosophical remark, “every living being loves freedom; animals too have that right.”
The number of animal- lovers in the school was going up.
October 15,2012